First, there was the book by Ray Bradbury. In retrospect, the author said that he considered himself a fantasy writer and that Farenheit 451 was his only science fiction novel. 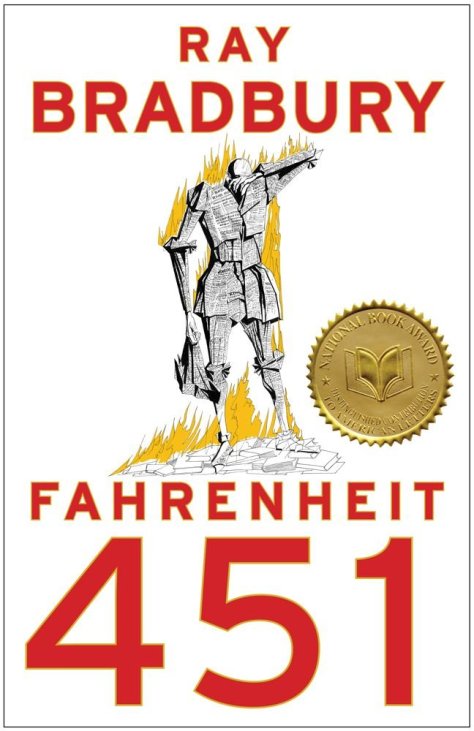 Then came the movie (1966 Universal Pictures)…

… and then a remake by HBO starring Michael B. Jordan and Michael Shannon.

Aside from the book itself, I consider the 1966 movie a beautifully stripped-down piece of art. Directed by the famous Francois Truffaut, associated with the French New Wave in cinema, it achieves a distinctive look (making effective use of the color, red) which has aged surprisingly well. I like science fiction that depends more on concepts than on special effects, and this is another good example from the pre-CGI era.

The story depicts a conformist, illiterate society which watches rather than reads. Firemen burn books to prevent the public from engaging in critical thought.

Justification for this is provided in the argument that knowledge makes us discontent and that this leads to unhappiness. The film therefore implies that happiness is not the determining factor in the quality of human life and character, an assertion that modern culture in the west might regard as heretical. The individuals in this society are infantilized, narcissistic, and chemically dependent – all to keep them in a state of happiness. They “read” comics without words…

… and gaze naively at widescreen television monitors mounted on walls.

Remember, we’re talking 1966, here. Some of the warnings in this movie are more true today than they were then. The citizens in this society inform on each other. Is this really so different from outing or vilifying people on the internet? It should make one think carefully before clicking. We are not all of us qualified journalists, and that includes many journalists (hint: fact checking and source verification).

Oskar Werner plays a fireman with a developing sense of curiosity and conscience. Julie Christie plays two roles as his wife and as a teacher in the literate underground. 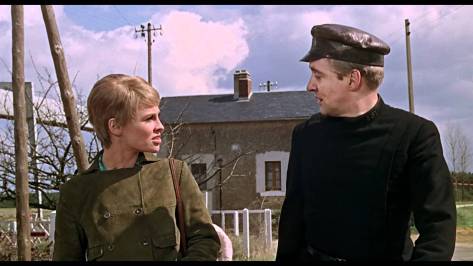 Two scenes really haunted me. One was the burning of a hidden library. The woman who owns it chooses to burn with her books rather than turn informant.

The other scene shows the “Book People” memorizing and reciting books  to prevent them from being lost forever.

If you like an intellectual ride that doesn’t depend on eye candy, this is a movie worthy of your consideration.