Now for an analysis of the actual movie. Although the majority of the critiques I have read are effusive in their praise, there is an undercurrent of criticism. One is that the Wonder Woman movie (Warner Brothers) has nothing new to offer. I am reminded of how fickle critics can be. Make a movie that’s too different, and you have “a poor sense of genre.” Make it too formulaic, and it’s “more of the same.” I honestly thought that this cinematic effort struck a good balance between the extremes and that it actually was an original treatment. 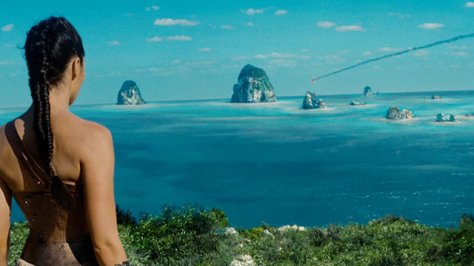 Keep this in mind: it’s a superhero movie, for crying out loud. Their will always be similarities such as a backstory element, the conferring or possession of superpowers, and external as well as internal conflicts. One review I read accused this movie of being too much like Captain America, down to the wartime settings and unorthodox support teams. While there are similarities, I really felt that this was its own story. The test I apply is that I could not predict what would happen as I watched the plot unfold. I will also add that Wonder Woman is at least comparable to Captain America (which I own and have enjoyed repeatedly) in terms of quality. Both are nice period pieces with fanciful embellishment. This is the first effort by the DCEU which I would consider comparable to the output from Disney Marvel. They still have a long way to go in developing their extended universe, but this was a definite step in the right direction. 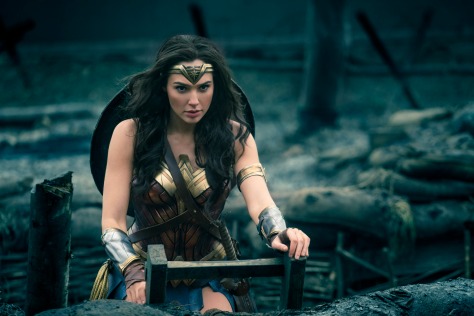 The combination of a World War I setting with themes adapted from Greek mythology invoked the neoclassicism of the early twentieth century. It was certainly one of the better applications of this that I have seen, and the special effects seemed appropriate to the plot, purpose, and themes of the story. Unlike a few reviewers, I was not put off by the CGI during the climactic battle. For once, I found the imagery of a DC film visually satisfying and easy to follow. This film also established a distinctive style of graphic art that I hope will persist in the DCEU.

I found the mythological concepts enjoyable, particularly the reveal of Ares. He was admirably portrayed with nuance and depth. Although many already know who played him, I will refrain from mentioning the actor to avoid spoiling anything for those who don’t know and who have not seen the movie.

The action sequences were good. The portrayal of trench warfare and civilian and military casualties was realistic enough to make me wince, and there were subtle touches of humor at the right times. An amusing sequence where Wonder Woman as Diana Prince attempts to make sense of women’s fashion is a nice contrast to the battle scenes and depictions of devastation.

In my opinion, this film is worthy of a theater viewing. I thought it was entertaining, and I appreciated the respectful treatment given to this iconic character. Initially short on experience, she is also portrayed as informed and intelligent, and the state this movie leaves her in by the end begs for more stories to develop her possibilities. If you haven’t seen it yet, I recommend that you do, whether in the theater or as a rental, depending on availability.

The lady is waiting…