Based on the cultural monster this franchise has become, I will be up front by saying that I’m enjoying the Star Wars revival. I’m not a purist. I don’t derive deep meaning from these movies, and I’m certainly not looking for anything innovative or groundbreaking. You can normally buy me off with better special effects, but I do find substance in the story lines up to this point. In Star Wars: The Last Jedi, the familiar, dare I say  spiritual, themes are still there, and the old formula still works. Stuff happens, stuff gets blown up, and you meet (and say goodbye to) some interesting characters along the way.

Let’s get this straight. The Disney business model is focused on not just making a lot of money but on making more than a lot of money. That’s why this next round of trilogies and spinoffs exists, so those seeking cultural enlightenment, the meaning of life, and inner peace might want to look elsewhere. The reason I like these movies is that they’re entertaining and fun, and it’s hard to top their visual impact live and on the big screen. This practically founded the genre that my wife and I jokingly refer to as “explosions in space,” not that either of us is pretending to have invented the term.

Disney inherited/bought some very iconic imagery, and the main allure for me from the beginning was to see it updated with better special effects. In this, I was not disappointed.

I also did something I had never done before. I went on opening night rather than waiting until the crowds thinned out, so I enjoyed the communal experience of sitting with enthusiastic fans in a theater after standing with them in line.

Throw in the old standbys of Luke Skywalker (Mark Hamill) and Leia (Carrie Fisher) with some good performances by Benicio del Toro, Laura Dern and Domhnall Gleeson, and you have a packed cast. With so many characters, I can understand why they couldn’t all be developed in a limited run time which is still longer than two hours. 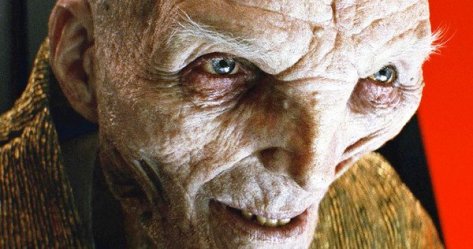 … and a blast from the past by Frank Oz still doing the voice of Yoda (or rather his spirit). To see and hear him again good it is.

The jaded portrayal of Luke Skywalker was intriguing, and seeing his spiritual reawakening was compelling if not fully explained. Mark Hamill also got to display some acting chops.

The backstories of Rey and Kylo Ren, as well as their continuing development are and evidently will continue to be a central theme.

I was almost expecting Kylo to break into a chorus of “Oops, I Did It Again,” but better twists were afoot.

There were some unexpected plot developments, and this keeps the overall story arc from getting stale. That’s all I can say for fear of spoiling anything for those who have not yet seen the movie. As for minor criticisms, there were logical inconsistencies concerning the operation of The Force and who is more powerful at any given moment. In other words, it was like every other movie I have seen in the Star Wars franchise. I am aware that many people have unanswered questions, and I have one of my own: Who cares? I had fun at this one, and I’ll go to the next. Disney will make more than a lot of money, so it’s a win-win all around.